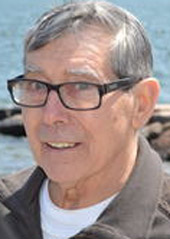 Edward M. Perry, 79, passed away Nov. 30, 2018 at his residence in Fairfield County, CT. “Eddie” was born on Oct. 16, 1939 to Robert and Mary Perry of Stamford, CT. He was the second youngest of 10 children. Eddie served in the US Army National Guard. He was also a long-time member of the Knights of Columbus. Eddie worked at Pitney Bowes for 18 years and most importantly it’s where he met the love of his life, Rosemary Orrico. Eddie was a man of many talents and trades, but his true passion was buying and selling consignments. He opened his own business, ‘Tag Sale Alley’ in Norwalk, CT. He was a hard worker and had a knack for selling things; he lived by the motto that ‘one man’s trash is another man’s treasure’!

Eddie was preceded in death by his wife, Rosemary; his parents, Robert and Mary Perry; his nine brothers and sisters; his mother-in-law, Florence Orrico and his father-in-law, Anthony Orrico

He is survived by his two daughters, Toni Perry and Kimm (David) Franco; his son, Chad Perry; his five grandchildren, Nicole and AJ Franco and Madison, MacKenzie and Mason Perry. He is also survived by his sister-in-law Barbara Murphy (Thomas); as well as many cousins, nieces and nephews.

Eddie was a loving family man, and a loyal friend. He would do anything for anyone. Those who knew him well will always remember him as a great source of strength and iron-will (Superman). We can find peace and comfort knowing that he has been reunited with his beloved wife Rosie and they are up in heaven singing and dancing to the oldies! Special thanks to our friends at The Jewish Home for the superb care they have provided to our Dad over the years. We are forever in their gratitude!

To honor his life, family and friends will gathered Wednesday at Coxe & Graziano Funeral Home. A prayer service will be held Thursday at 10:30 a.m. at the funeral home, followed by interment at St. Mary’s Cemetery, Greenwich.

Mary did you know?